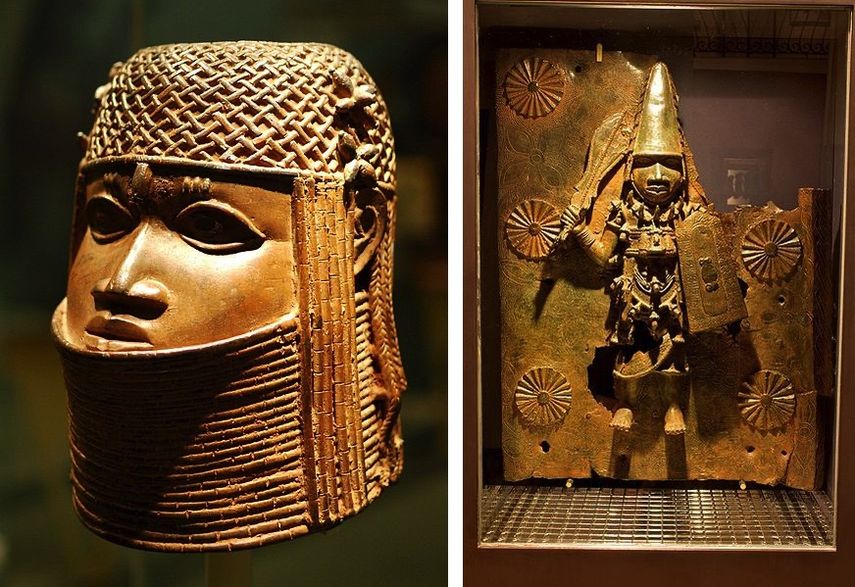 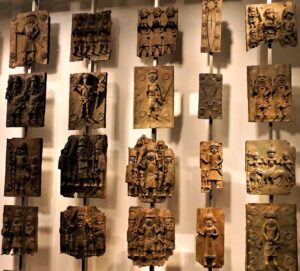 Repatriation: To send back to one’s own country.

Repatriation has been defined as the act of making amends for a wrong. According to Black’s law dictionary, 9th edition 1325.  It is a compensation for an injury or wrong especially for wartime damages for a breach of international obligation. It seeks to mitigate harm caused because of a loss of opportunity and compensate the claimant for the loss caused.

Restitution, on the other hand is quite similar to repatriation as they both involve the idea of restoration but it is more concerned with recovery as opposed to compensation for the loss suffered. The relief granted to the original owner of the property is usually measured in view of the loss suffered by the owner and not the unjust enrichment of the other party.

Nigeria has recently been involved in negotiations for the return of its cultural items/artworks acquired during the colonial era through force of arms and deception. In 2014, the Boston Globe reported an arrangement by the Museum of Fine Arts to return eight (8) Nigerian artifacts that were illegally taken to the United States some decades ago.

The Benin bronzes which were carted away by the British Government in their punitive expedition of on Benin City in 1897 are on the verge of being repatriated back to Nigeria from Germany. Germany has the second-largest collection of Benin bronzes in the world and has agreed to return over two thousand bronzes back to the country to be housed in a new museum in Benin City, Nigeria by 2022.

With respect to cultural heritage, repatriation is a key concept that must be practiced when unjust enrichment occurs to or loss is suffered by one party.

Cultural heritage as defined by the United Nations is the mirror of a country’s history, thus lying within the very core of its existence, since it represents not only specific values and traditions, but also a unique way a people perceives the world.

Cultural heritage is incredibly vital in any community or nation in that it is not just ornamentally significant but also economically relevant in the global antiquities market. Therefore, the current move by the German government to restore the Benin Bronzes to the rightful owners seems to be a highly commendable one and to be emulated by other nations with respect to illegal possession of another country’s cultural heritage.

A few laws and international conventions have been enacted which seek to prevent prohibit and prosecute illegal importation of cultural artifacts. These include the 1970 UNESCO Convention (on the Means of Prohibiting and Preventing the Illicit Import, Export and Transfer of Ownership of Cultural Property); The 1954 Convention on the Protection of Cultural Property also known as the Hague Convention; The 1995 UNIDROIT Convention on Stolen or Illicitly Exported Cultural Objects. The only thing that seems to be an issue is the fact that the laws are not retroactive and do not therefore ratify any transaction make before the enactment of the conventions. Other sources of international law with respect to cultural heritage are the Resolutions of the United Nations General Assembly and agreements between nations or regions.

There are however some arguments in existence that seek to validate the lack of repatriation of lost artworks to their original homes. The first is the idea that cultural heritage belongs to all mankind because each group of persons makes cultural contributions to the culture of the world, therefore, it does not matter the current location of the property as long as it is preserved and put on a platform that the whole world can see it. This belief is called cultural internationalism and is predicated on the poverty or ignorance of the owner nations to properly preserve or treat the fragile art works from the effects of natural decay and damage. The result is usually that the nation in possession of the property is usually unjustly enriched from the property at the expense of the rightful owners and that it would be highly difficult for the people who own the cultural artifact to have access to it compared to the country that has taken it.

The second argument is based on cost, specifically litigation cost. Depending on how valuable the cultural property, it is argued that it would cost a lot of money and resources for the source nation (especially if it’s a developing nation) to see to it that the artifacts are brought back. With respect to litigation, it would be relatively expensive to fund and almost impossible to  get witnesses to prove what goods were stolen or where exactly they were stolen from seeing as the expatriation occurred somewhere around the 19th century.

As it stands now, there is an ongoing controversy in Nigeria as to where the received Bronze artifacts are to be returned. The Oba of Benin, the Edo state government and the Federal Government of Nigeria have all laid claims to the Benin Bronzes. Key lessons can be taken from the case of Peru v. Johnson, the government of Peru claimed that it was the legal owner of the artifacts seized by the United States Customs Service. The court held that there was no direct evidence that the items came from what is now modern day Peru because the Peruvian culture as at the time of the seizure spanned not only Peru as it is now but also some of the territory that is now Bolivia and Ecuador.

In conclusion, the move to repatriate African art is a highly commendable one by the German government but it should be noted that the exact location for the artifacts to be returned to is crucial to the entire repatriation process as seen in the aforementioned case otherwise the repatriation would end up being forfeited due to the disputing claims from various parties.